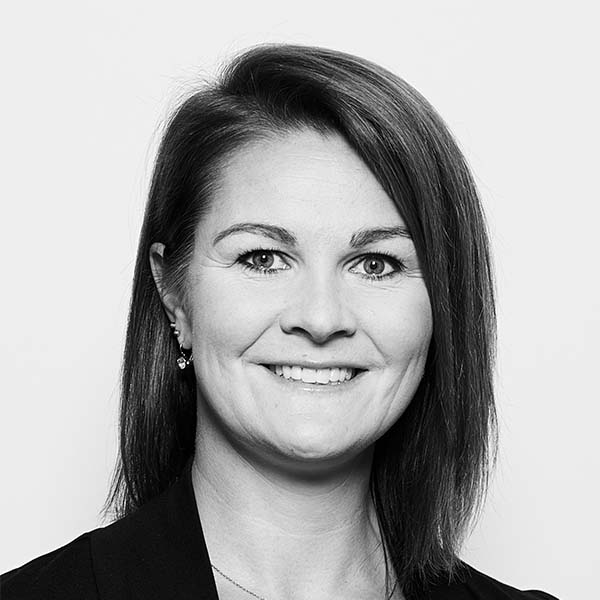 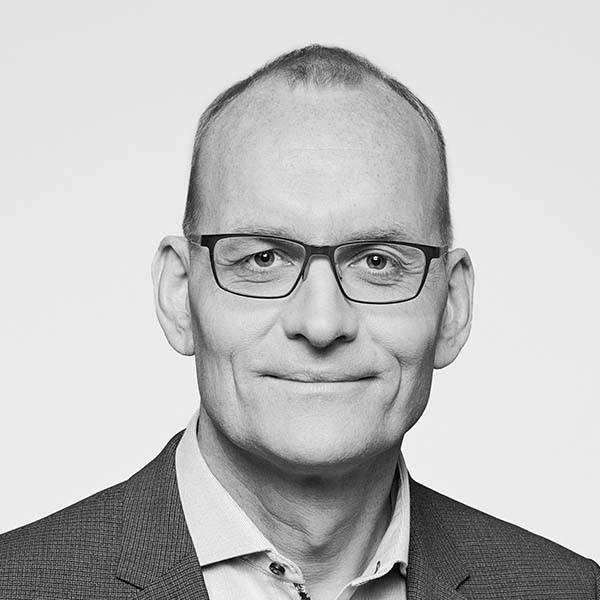 Sandra. “I’m a project manager at RB. I started 8 years ago at RB as an account manager for a number of banks, one of which was Arion Banki. In 2018, I took on the role as project manager for the Sopra implementation and migration of Arion Banki. Presently, I’m working on the Sopra implementation of a number of smaller banks, which will conclude the migration of all banks in Iceland on a single platform. Also the Central Bank of Iceland will use the same platform.

Jon Helgi. "I am Managing Director of Software Department at RB. I started 7 years ago, just before the SOPRA implementation started and have experienced the whole process first hand. My background is software engineering, although I have been in management for about 20 years."

The Icelandic banks managed to organise a single banking system for all banks. How did it come to this?

Jon Helgi. “You need to go back in history a bit. When banks started to use computers in the seventies, computers were expensive and hard to get hold of. So, someone took the initiative to centralise everything in a computer center for the banks and combine the operations for the banks. This became RB. For twenty years, RB acted as the IT organisation for all the banks. Even when everything changed - the Internet came, the financial sector grew - the systems continued to run at RB. What we are doing now, modernising and harmonising the platform that banks use, is a logical step to ensure that banks can operate cost-effectively and be competitive.”

Did you, 7 years ago, already recognise that data migration needs special attention?

What options did you consider?

Jon Helgi. “When we first started, there were strong voices in RB to do it ourselves. We also explored working with partners, including DX. DX had good demo’s, a solid method and process. In the end, we really liked the approach and the price was competitive. We felt that we lowered the project risk by including an experienced partner in the project.”

You especially liked the approach. In retrospective, did it prove to be the right approach?

Jon Helgi. “In general, the process works very well. It can be argued that in some cases the process causes too much overhead, but it is a very good framework for the timeline of the projects.

Along the way, we - DX and RB - got a lot better in providing a migration service for our customers, the banks. The entire process got a lot more efficient by tailoring it to our specific situation and target environment.
Looking back – the projects with the first banks paved the way for the other projects. Now, we got to the point that we deliver an integrated migration service - well defined, optimised, smooth.

We also learned that data migration is only one side of the coin. The other side is the testing of the results. This requires a lot of engineering and a lot of time to get right and to get in place.“

The testing of the migration was very thorough. Want to know more about how RB approached testing? Read this interview.

Sandra: “Even now, with a recent migration like Arion Banki, the customer really requires to understand how the process works and to understand why it works like it does. The customer wants to be in control of the process. Providing learning experiences and a deep understanding of how things work is therefore of great importance.”

Is the optimised migration service cost-effective?

Sandra. “Yes, the last migration we did was more than half less than what was used for the initial projects. The reduction in budget was not just because we got better at the process, but it was a large part of it.”

When implementing a target system or landscape for multiple clients, it pays to invest in a reusable migration service. This makes it possible to provide transitions as a smooth and efficient proposition. Providing a migration service requires setting up an architecture including controls which minimises work for repeat migrations. Besides the actual migration software also the test setup, runbooks and milestone planning are very much reusable. The service encompasses setting up tools, the organisation and processes and should fit the client role like a glove. Want to know more about creating a migration service? Contact us.

So, for banks it’s much better to wait than to go first?

Sandra. “Haha - yes, we had this discussion a lot. And yes, from an effort perspective it’s true, and the banks also realise that.”
Jon Helgi. “Fortunately, there are also many advantages to a new platform and why banks want to move sooner rather than later.”

You worked closely with DX. What is it like to work with a Dutch company?

Jon Helgi. “Of course, there are generalisations that the Dutch are straightforward and tend to follow the rules. We, on the other hand, are a bit less disciplined. I don’t know if these generalisations really apply, we just worked very well together. Besides working really hard together, we also made room for having fun.“

One of the earlier meetings between RB and DX was interrupted. A ukulele lesson was starting in that meeting room. DX director Alexander Bosschaart took his first (and last?) musical steps on this occasion.

Sandra. “What worked great for us was that the teams worked physically close to each other. For example, when we worked on Arion Banki, the people from Sopra, DX and RB worked physically close to each other. That's not something we would normally do - we normally work from our own offices, even when working together on a project. But I really liked doing it this way. An informal chat at a coffee machine often works better than an email. It made the project a lot smoother.”

Can you name three highpoints?

Sandra. “Communication was really great. We ran three projects during Covid. At that time, I moved with my family to our summer house. The good thing is: the communication never went down. For a project manager, this is really important!”

Jon Helgi. “Smooth migrations. It’s really fantastic when a migration really runs as smooth as we did with for example Arion Banki.”

Jon Helgi. “The team was really good. In the end, they were really sad they couldn’t do more migrations.”

Looking ahead, we will migrate the final banks in February 2022. It will be a fantastic highpoint when we will have migrated all banks to a single platform. That would be a great time to celebrate!”

Thanks for this interview!