BonusCard.ch AG, based in Zurich Oerlikon, provides credit and prepaid cards with integrated loyalty programs. BonusCard has been present in the market since the nineties and employs around 140 people. Since 2011, the company is part of the Cornèr Group.

We speak with Mauro Cadloni, head of Projects & Transformation. In this project, Mr. Cadloni was the management representative accountable for the project's success towards the partners. 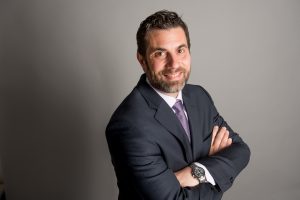 BonusCard.ch AG is a wholly owned subsidiary of Cornèr Bank Group. We issue several credit cards, Visa branded but also proprietary ones, mostly combined with loyalty programs. We operate these loyalty programs typically for our own or some also as a processor for large consumer retail organisations like chain stores. That is one of our core businesses. When we enter into a new partnership with a retailer to process his cards and loyalty programs, we migrate the existing portfolio and the administration of it to our BonusCard platform.

What triggered the project?

Swiss Post Solutions was terminating the card processing services for Loeb and PKZ as it was no longer part of their core business. BonusCard took on the contract so the payment and loyalty accounts of Loeb and PKZ needed to be migrated to BonusCard. The project had a strict deadline, migration was due as soon as possible.

The project was called 'Peppermint'. How come?

The original project to set up the loyalty services at Swiss Post Solutions was called ‘Pepper’. Swiss Post Solution called the decommissioning of their Service ‘Peppermint’. As such it was also known to our partners Loeb and PKZ and we simply kept the name.

Initially, the project focused on just migrating the data to BonusCard as a processing provider, taking the existing system as-is. But, along the way, we also upgraded and modernised the entire platform.

Did you migrate the data in a big bang?

How did the project do with regard to budget?

We had a budget overrun. We underestimated the complexity of the migration. And what started as a migration project ended as a rebuilding plus migration project. Quite a big change from the initial scope of the project!

What are your highlights of the project?

We had a very smooth migration without serious customer issues. What I personally liked a lot was the great team spirit. We had a small team working with tight deadlines - the team showed great spirit in achieving the project objectives. The commitment of the team to deliver was really special!

Can you name three low points of the project?

Because of the tight timeline, we had to deal with a lot of pressure. Second, we were aiming at a moving target - migrating data to a system that was still being developed. Lastly, we struggled with getting knowledgeable people for all the roles needed on the project.

I understand that great coffee was provided. Was that instrumental in the project's success?

Indeed, and of course, great coffee was provided. I don’t know if it was instrumental in the project’s success, but I understand it was appreciated.

Traditionally, cappuccini are taken in the morning, preferably during breakfast. Drinking a cappuccino after 10am or - unimaginably - after lunch was certainly frowned upon by the Swiss-Italian project members!

We appreciated the direct style of communications with the Dutch project members. Most importantly, regardless of nationality, we all worked together in finding solutions for problems we encountered. The problems ranged from data quality issues, process and procedures, infrastructure etc. Whatever the issue, it was tackled head-on and in good cooperation.

Do you consider the project a success?

Yes. Of course, as I said before, the project changed course during the execution. This impacted budget and planning. But looking back, I feel we did a great job!

Would you recommend working with DX?

Thank you for this interview